A true son of British Columbia, Hughes’ stylized realism has earned him a unique place in the history of Canadian art. His 2003 exhibition included work from the 1930s to 2000 and highlighted evocative symbols of life on the west coast – ferries crossing the Georgia Straight, picturesque fishing villages and farm houses, flaming arbutus trees and imposing coastal mountains.
The E.J. Hughes exhibition was curated by Ian Thom, Senior Historical Curator, Vancouver Art Gallery and the national authority on E.J. Hughes’ paintings. Ian Thom is also the author of a book, entitled E.J. Hughes, which catalogues the exhibition, and was co-published with Douglas and McIntyre.

Hughes remarkable career as an artist, spans 70 years and encompasses his work as a gifted printmaker, successful muralist, outstanding Canadian war artist and prolific painter. His paintings depict land, sea and small moments of daily life with a rare clarity and vividness. Hughes has a distinguished reputation for work underscored by a passion for the beauty of the west coast of Canada.
“Hughes is at his best depicting British Columbia’s unique beauty”, said Ian Thom. “Hughes has a deep affection for the British Columbian landscape and a vision that is unmistakably his own.”
Despite the changing face of the visual arts, Hughes has remained steadfast in his exploration of a unique and personal approach to realism. The artist’s distinct style, marked by the use of flattened space, skewed perspective and simplified shapes, defies parallels with other artists or easy categorization within artistic genres.
“The Vancouver Art Gallery first exhibited the work of E.J. Hughes in 1935, acquired its first Hughes painting in 1949 and organized the first retrospective of his work in 1967,” said Kathleen Bartels, Director, Vancouver Art Gallery. “It is therefore a great privilege for the Gallery to produce the largest exhibition of his work to date.”
The Vancouver Art Gallery has the most significant holding of E.J. Hughes work in public hands. It is also the only public collection that contains a complete record of the development of a painting from sketch, to cartoon to final canvas. This exhibition offered visitors the first retrospective look at E.J. Hughes work in more than 20 years.
Born in North Vancouver in 1913, E.J. Hughes studied under Charles H. Scott, Jock Macdonald and Frederick Varley at the Vancouver School of Applied Art and Design. After graduating in 1933, and following two years of post-graduate studies, Hughes undertook print and mural projects with fellow art students. In 1939, Hughes joined the military and spent six years expanding his artistic skills as an official war artist. After his discharge from the military in 1946 he returned to the west coast of Canada, settled in Shawnigan Lake on Vancouver Island with his wife Fern and began a lifelong study of the province and its landscape as a professional artist.

Always a quiet achiever, Hughes was the inaugural recipient of an Emily Carr Scholarship on the recommendation of Group of Seven member Lawren Harris. By 1951, Hughes was represented in public collections in Ottawa, Toronto and Vancouver – an achievement unmatched by his contemporaries at the time. For more than thirty-five years he was represented by Max Stern of the Dominion Gallery in Montreal. In 2001 E.J. Hughes received the Order of Canada and in 2005 he was awarded the Order of British Columbia. His achievements and rare success are due to his singular approach to representing Canada with passion and originality.
E.J. Hughes lived on Vancouver Island where he continuously
refined his vision of life in the place that has been his inspiration and home for so long.
“I have painted in the Cowichan Valley for fifty years and it it the most beautiful place on earth”

Please note that our website is undergoing changes.
Please visit www.ejhughes.ca for calendars, art cards, prints, giclees and limited editions.
or call 250-746-7112 or
email us info@excellentframeworks.ca if you are looking for a specific print.
Thank you! 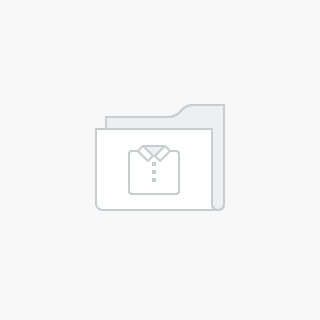