“From Birth Until Death” Original Art by Chuuchuub – Deerin Thompson

“From Birth Until Death” Art Show Opens at Excellent Frameworks – Home of the EJ Hughes Gallery, May 3 to 28, 2022

“From Birth Until Death” is the first solo exhibition by Ditidaht artist Chuuchuub – Darren Webster Thompson. The collection of six original works belong exclusively to Darren’s brother, Derek K Thompson – Thlaapkiituup. He has generously made them available to the viewing public in an effort to showcase his brother’s incredible work.

Excellent Frameworks is located in Duncan, BC, and is proud to feature the exhibition “From Birth Until Death”. This exciting show presents the unrivaled and innovative creations of Darren Webster Thompson – Chuuchuub, aka – Deerin Thompson. From Birth Until Death is intended to reference the balance between life and death, creation and destruction, beauty and ugliness, and the fleeting moments of meaning and insignificance. The exhibition features work that is entirely unparalleled against the backdrop of Pacific Northwest Coast Art, or First Nations art in general, and in the present context Darren is evolving ancient forms, advancing ancestral sensibilities, and placing bold symbols inside time-honored methods.

Chuuchuub – Darren Webster Thompson is from the diitiidʔaaʔtx̣ – Ditidaht First Nation located on the west coast of Vancouver Island. Ditidaht is located at the head of Nitinaht Lake, and is one of fourteen Nuuchahnulth communities along the west coast from Point No Point in the south to Brooks Peninsula in the north. His parents are Maude (Shaw) and Charlie Thompson. His paternal grandparents were Ida (Modeste) and Webster Thompson and his maternal grandparents were Irene (Larsen) and Micha Shaw. His paternal great grandparents were Mary (Chester) and George Thompson from Ditidaht, and Mabel (Good) and Elwood Modeste from Cowichan Tribes. His maternal great grandfathers were David Shaw from Kitimaat, and Walter Larsen from Bella Bella. Chuuchuub – Darren has lineage that extends into Nuuchahnulth, Coast Salish, Haisla, and Heiltsuk cultures.

Chuuchuub – Darren draws inspiration for his creativity from his renowned uncles Haa’yuups – Ron Hamilton and Tsakwasap – Art Thompson, including many other famous and artistic extended family relatives. Darren’s creative genius reveals a sensitivity that can only be anchored to a past rich in expression, sensibility and originality. His entire body of work is unparalleled, and his artistic ability speaks to an inherent understanding of identity, belonging and beauty. Chuuchuub is an intended chiefly title and it is meant to impart a defined authority, and that he comes from people of significant standing. To this extent Chuuchuub – Darren has dignified his ancestral name through his creative expressions, and in the manner in which he carries himself.

His signature Deerin is a nickname given to him by his Uncle Ron Hamilton – Haayuups. When Uncle Ron would see him, he would say with a drawn-out animated tone, “Deeeeeeeeeeeeeerin.” 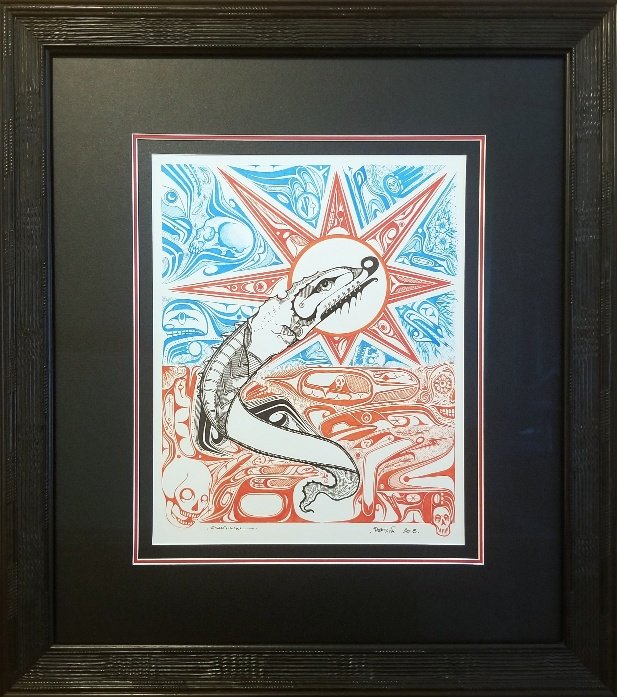 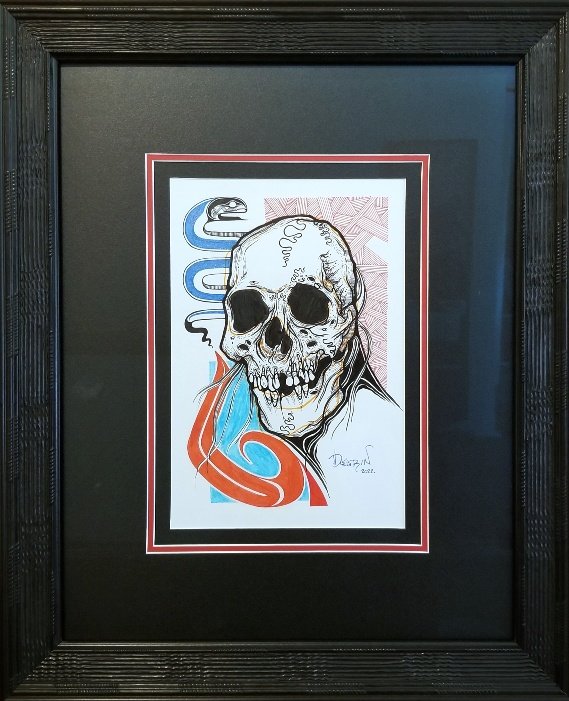 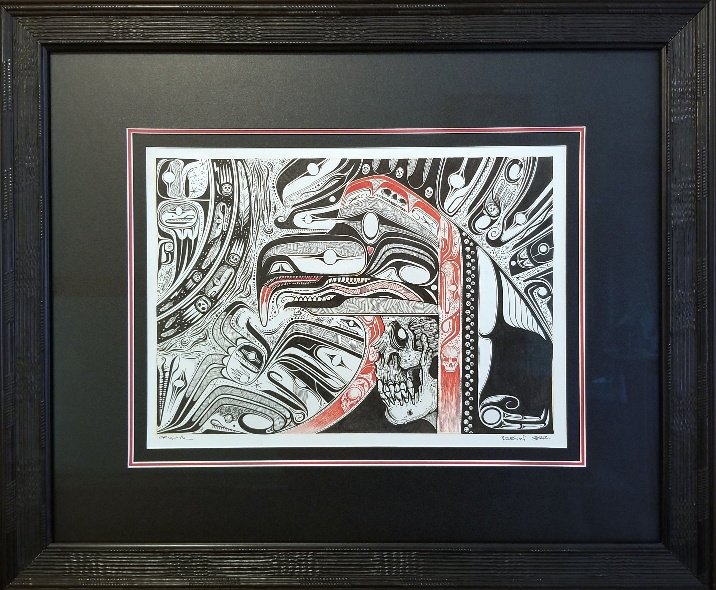 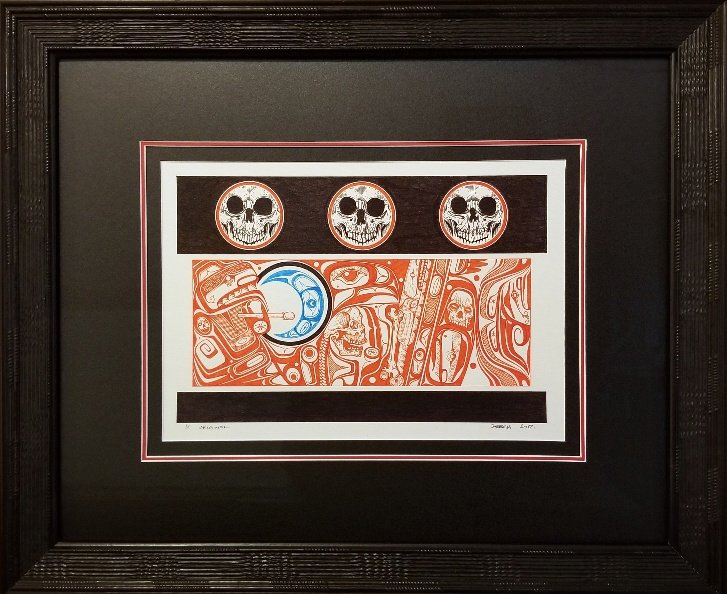 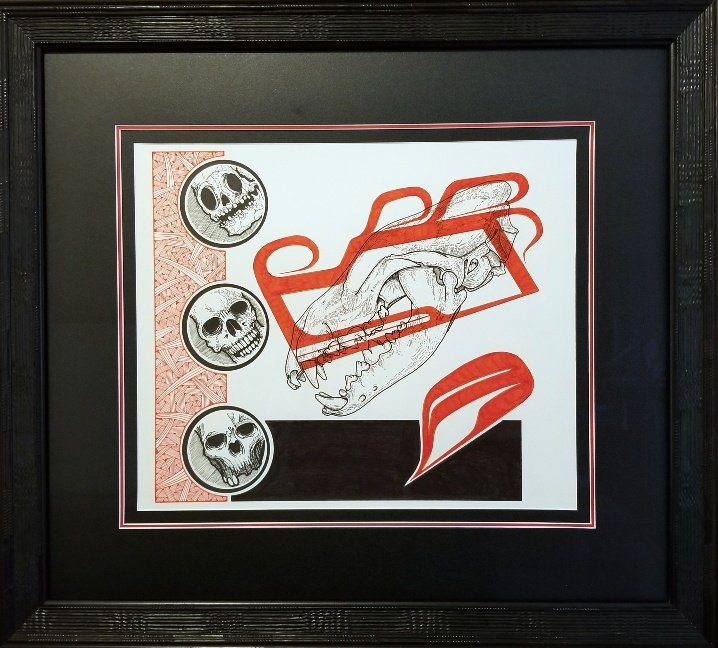 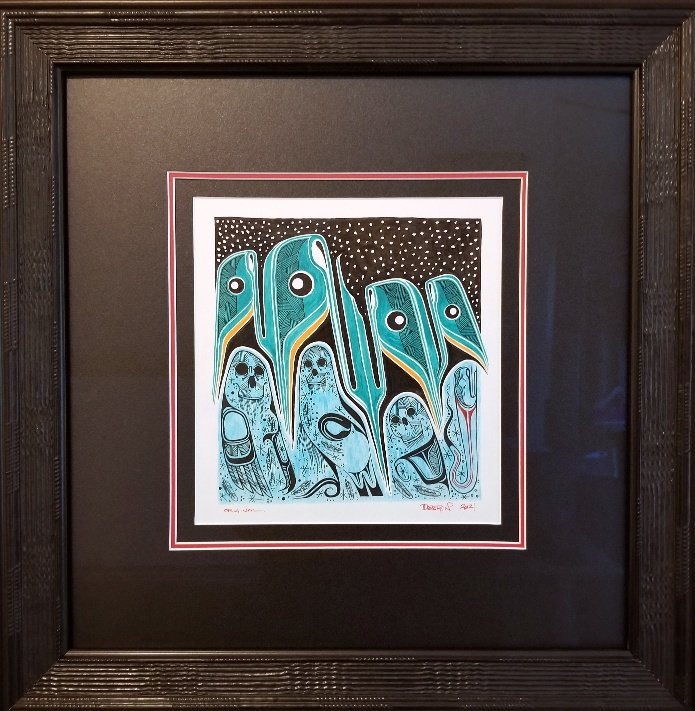