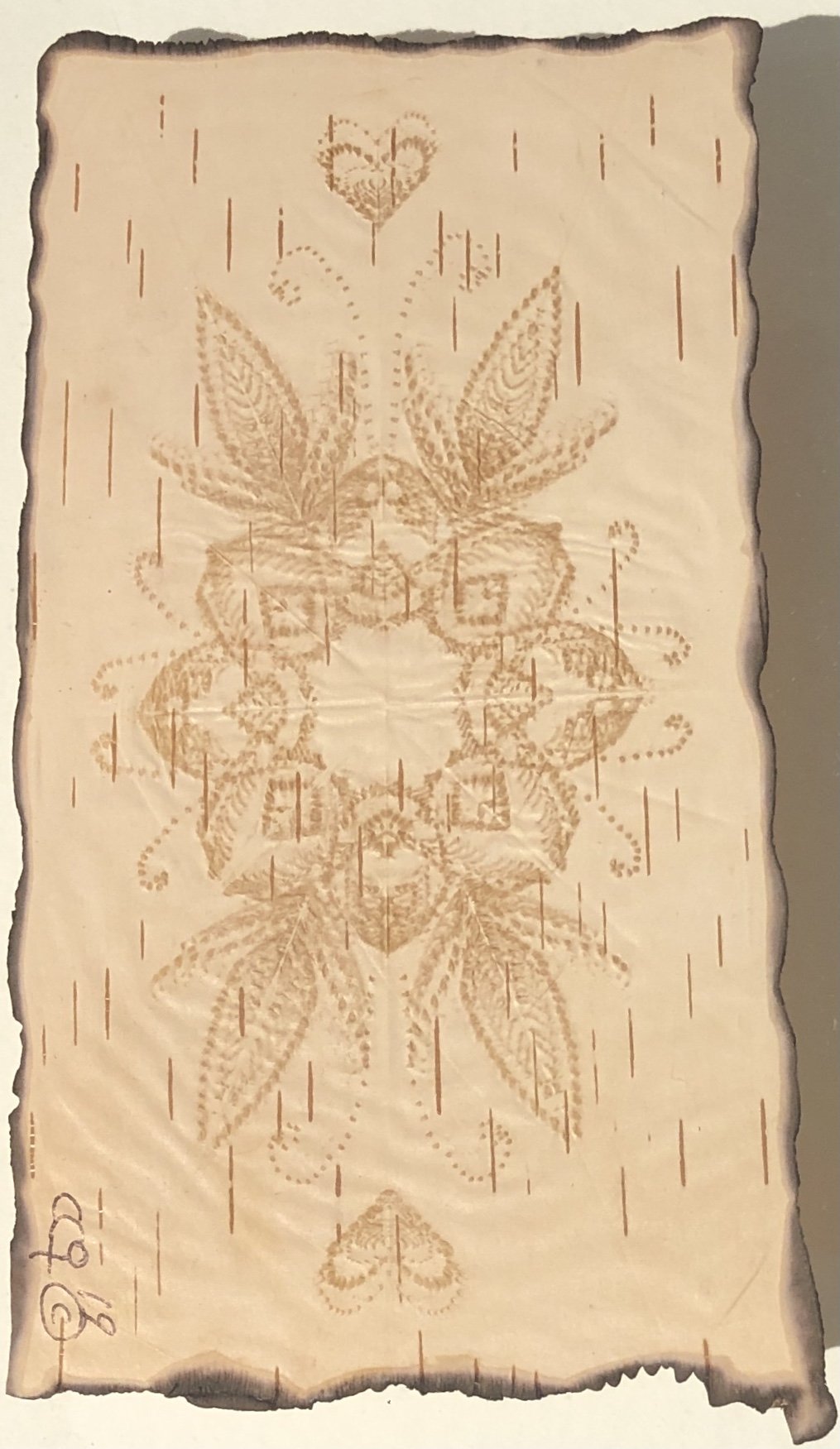 Pat Bruderer (Halfmoon Woman) is originally from Churchill, Manitoba and spent most of her life in northern Manitoba.

Her mother belongs to the Peter Balantyne Band. Her interest in art began as a child, when she would watch and assist her mother in the traditional crafts of the Cree. Birch bark biting was one of these traditions that Pat continues. She now resides in the Kootenay area British Columbia.

Birch bark biting is done by biting onto a very thin layer of birch bark to create a beautiful image using the artists’ teeth. It was practiced by most First Nations people across Turtle Island (Canada). Traditionally, it was used for recording stories, and as a template for quill work, beadwork, and embroidery patterns. They were also created for competitions to see who could create the nicest designs. The Artists chose thin and flexible pieces of birch bark. This kind of bark is easiest to find in the early spring. Using the eyeteeth to bite, the bite pressures can either pierce the bark pieces into a lace or just make certain areas thinner to allow for light to pass through. If the bark piece is carefully folded, symmetrical designs can also be made onto it.

Pat goes through thirteen stages in order to complete a finished piece. She uses the elements of earth, water, wind, and fire in every piece of her work.

Pat Brudder's passion for sharing and teaching has brought her into the classroom in to share and pass the tradition to hundreds of students in places like Yellowknife, Winnipeg, Thompson, and Vernon to name a few. As birch bark biting helps to develop the spatial reasoning in our brains, among many other traditional teachings, it’s an important lesson for children as part of a math, history, or cultural exercise.

Excellent Frameworks Gallery has been a part of Duncan, B.C. for over 40 years providing custom framing and gallery services to Vancouver Island.